The Chicago Bears traded for receiver Chase Claypool, which provides quarterback Justin Fields with a playmaker at receiver. It’s a move that was made to help Fields — and ultimately this struggling passing attack.

The Bears have a rather underwhelming receiving corp, where Darnell Mooney has been the only dependable option. Now, with Claypool in the mix, Chicago has a potential 1-2 punch that could help Fields jumpstart the vertical passing game.

“It could be super dynamic,” Claypool said of him and Mooney, via Sun-Times. “We’re different receivers — in a good way. … It’s going to open the offense up even more so.”

Claypool, a former second-round pick, had an impressive rookie season, where he had 62 catches for 873 yards and nine touchdowns. He followed that up with 59 catches for 860 yards and two touchdowns in 2021.

This season, Claypool has seen a bit of slow start with 32 catches for 311 yards and one touchdown. Claypool was moved to the slot this season, which he admitted “wasn’t quite the best fit.” The expectation is the Bears will utilize him on the outside, where he found success in his first two seasons.

“I didn’t have the full opportunity to show what I can do this year, but I think I’ve been able to show that in the past,” Claypool said. “I’m excited to be able to gain that trust with Justin, where he knows if he needs a play, he can come to me.”

We could get a glimpse of that as early as Sunday, when the Bears host the Miami Dolphins. While it’ll take some time for Claypool to get acclimated to this offense — Fields said he’s working with Claypool after practice — the team’s new wideout should get a few looks this weekend. 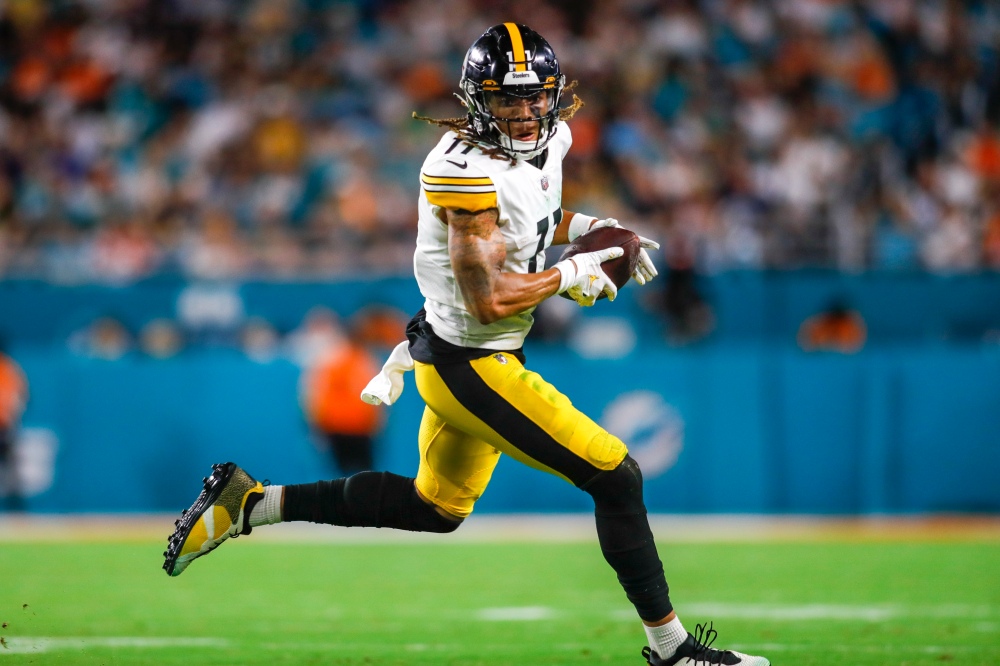