The Chicago Bears are set to square off against the Miami Dolphins on Sunday and will look a bit different than they did during their last game.

Gone is star linebacker Roquan Smith, who was traded to the Baltimore Ravens on Monday. Coming in, however, is wide receiver Chase Claypool, who was acquired in a separate deal with the Pittsburgh Steelers just ahead of the trade deadline.

The Bears are beefing up their offense, but have lost a bit on defense, which could make Sunday’s matchup with the Dolphins even more interesting. Miami boasts one of the better offenses in the league and the Bears will have a tough challenge ahead trying to contain players like Tyreek Hill and Jaylen Waddle.

On the other side of the ball, quarterback Justin Fields and the offense will look to continue their solid play as of late against a vulnerable Dolphins defense. With new weapons and changes across the entire team, we could be in for some interesting performances. Here are our bold predictions for Bears and Dolphins.

At this point in the season, it’s not hyperbole to say Fields is the best player on offense for the Bears. He’s showing he can do it all, whether he’s running the ball on a scramble or throwing it deep to his playmakers. Over his last two games, Fields has totaled 261 and 211 yards against the Patriots and Cowboys, respectively. He may not be putting together the prototypical quarterback stat line week in and week out, but he’s proving to be a difference maker.

That’s going to continue on Sunday when he goes over 300 total yards. He’ll have another modest game of 200 passing yards, but will once again make something out of nothing with his legs. The Bears continue to lean on Fields and give him more responsibilities. We’ll see that on Sunday, especially if they fall behind early due to the defense not being able to contain Miami’s offense. 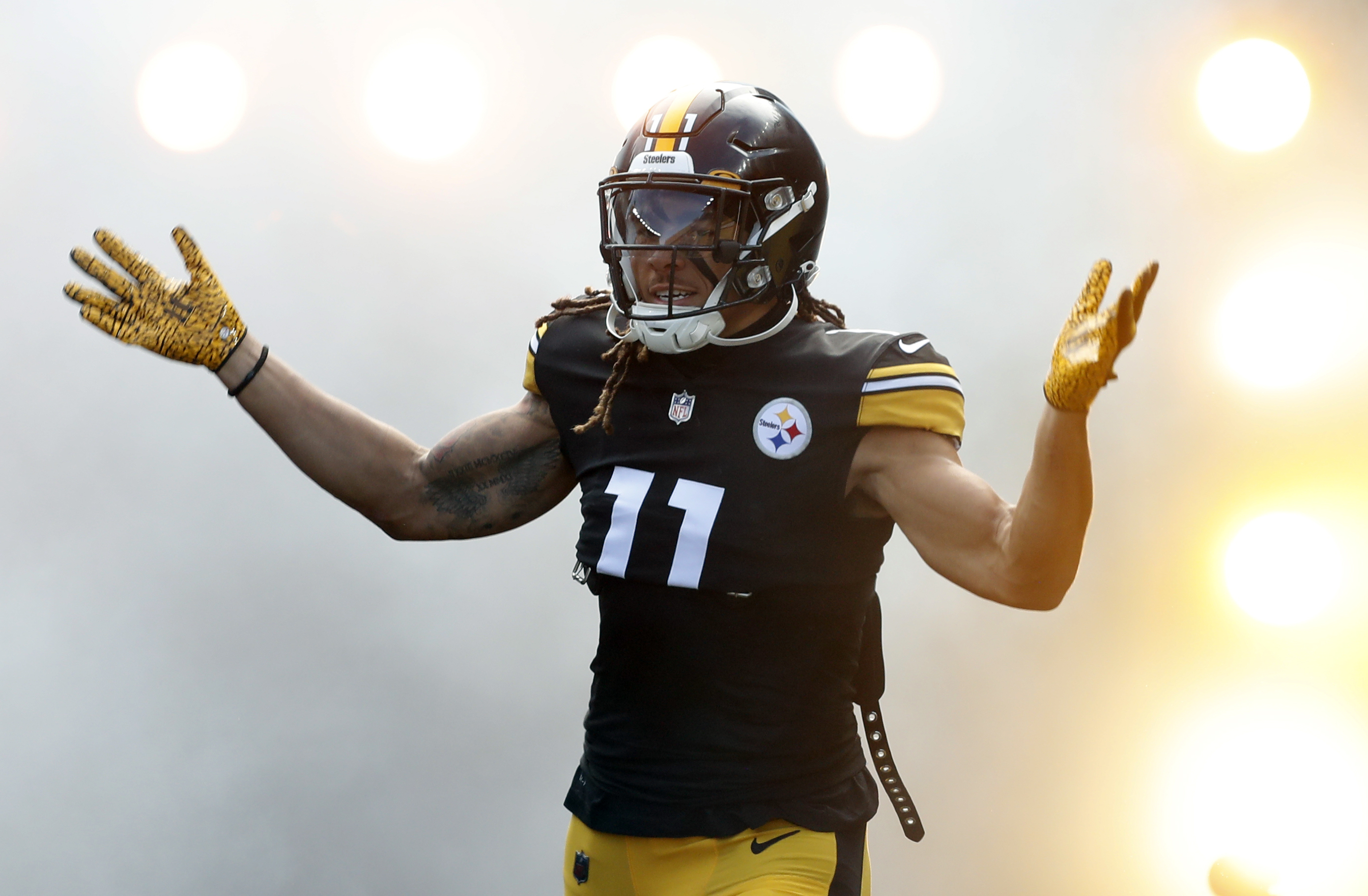 Claypool has only been in Chicago for a few days, but he’s working overtime with the team outside of practice to get up to speed with the playbook. Coaches have already indicated there will be a role for him on Sunday and head coach Matt Eberflus specifically mentioned he could see as many as 35 snaps, if all goes according to plan. That’s more than enough evidence to predict Claypool finds the end zone in his first game as a Bear.

The offense has looked better as of late, but passing in the red zone still isn’t where it needs to be. Enter Claypool, a monster of an athlete who can go up and snatch the ball out of the air with his 6-foot-4 frame. It’s likely the package of plays they have for Claypool includes a few red zone opportunities. Fields is going to see what his new weapon can do out of the gate against a defense that is vulnerable against the pass. 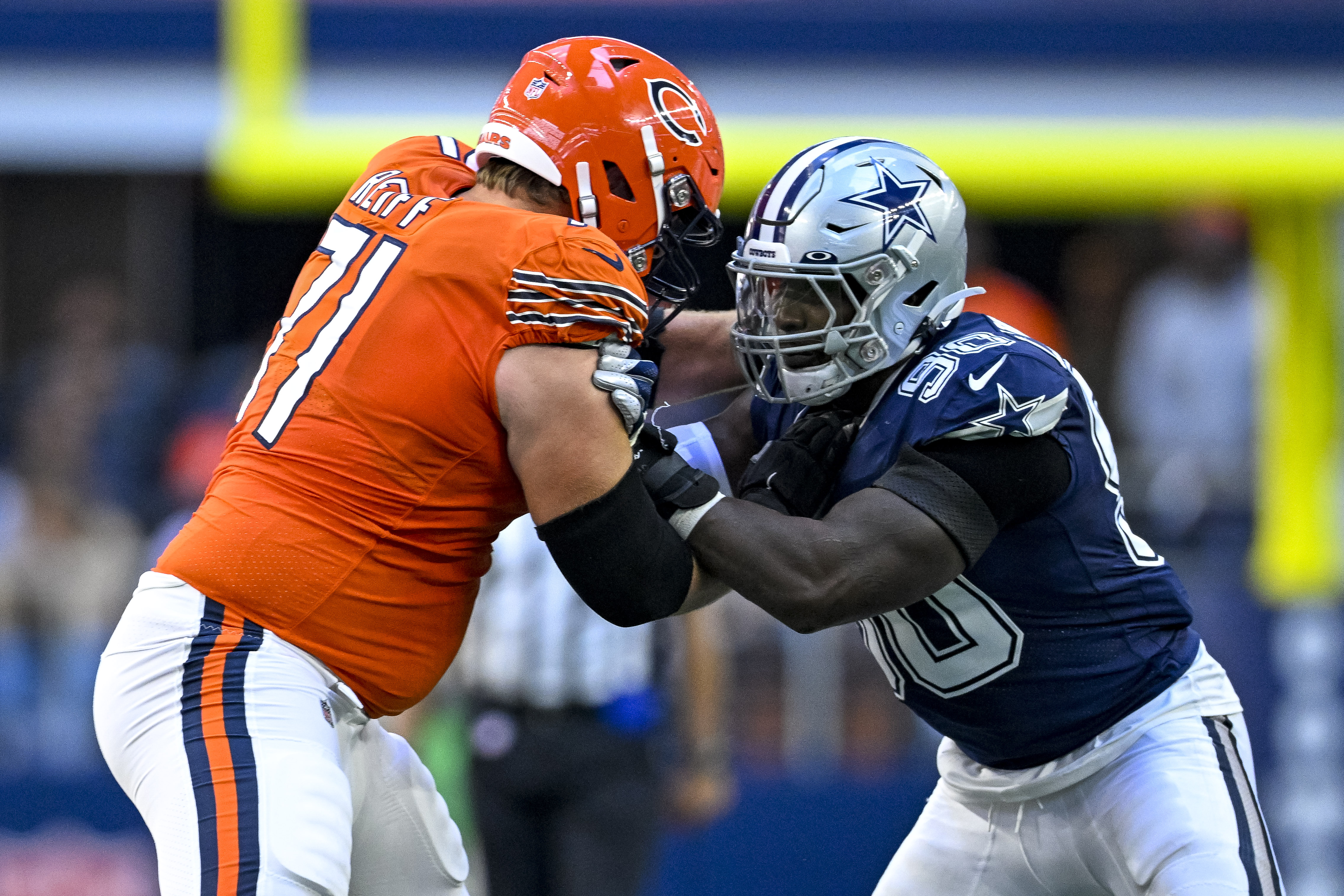 Offensive tackle Larry Borom missed last week’s game due to a concussion and veteran Riley Reiff got the start over him. Borom is deemed healthy this week, but Eberflus wouldn’t commit to starting him at right tackle. The Bears actually have a few options at the position, whether it’s Borom, Reiff, or even Alex Leatherwood, who has yet to play a game. But after his performance against the Cowboys, Reiff is going to get the start once again.

The elephant in the room that could derail this plan is Reiff’s contract, which would pay him an addition $4.5 million should he play 10 percent of the team’s offensive snaps. He would likely hit that number should he start another game, but his play would be worth it. He graded out as a better pass blocker (72.5) against the Cowboys than Borom did against the Patriots (53) according to Pro Football Focus. Borom and even Leatherwood’s development should be a focus, but Eberflus could value the offense as a whole and want Reiff there for stability. 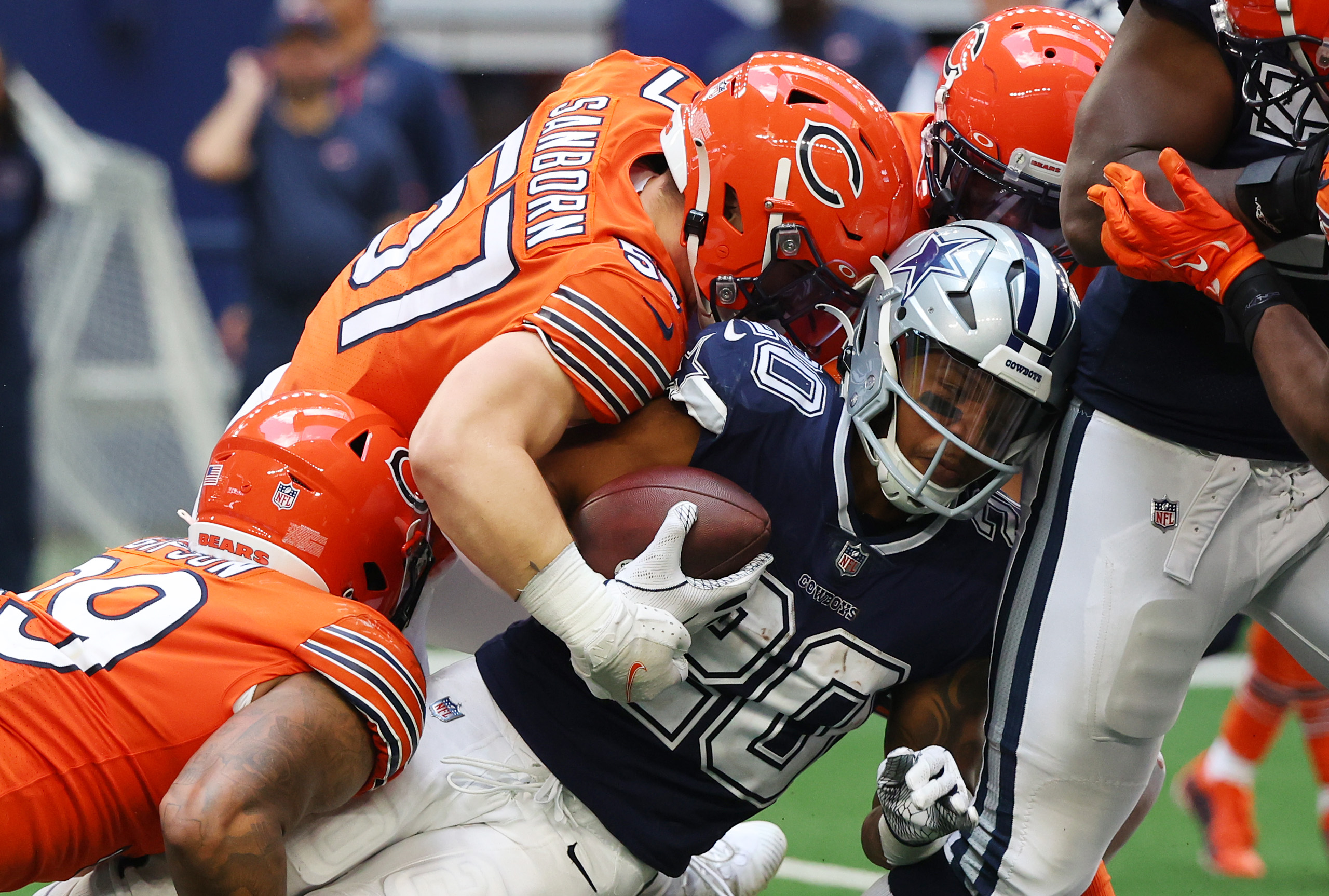 With Smith now out of the picture, there’s a gap at the linebacker position that needs to be filled. While the coaching staff will tinker with the players available, Jack Sanborn, the undrafted rookie out of Wisconsin, could be in line for a huge game. Sanborn burst onto the scene in the preseason, showing solid instincts as a linebacker and has earned more playing time this season, even when Smith was in the lineup. Now, Sanborn has a chance to secure a starting spot and if his preseason is any sort of indication, he’s going to be active on Sunday.

Sanborn has only totaled five tackles this season, but that’s mainly on special teams. He’s played just 14 defensive snaps. This could be his coming out party, though, and we’re predicting a game where he notches at least 10 total tackles. He has an opportunity to make a statement and he won’t let that slip by. 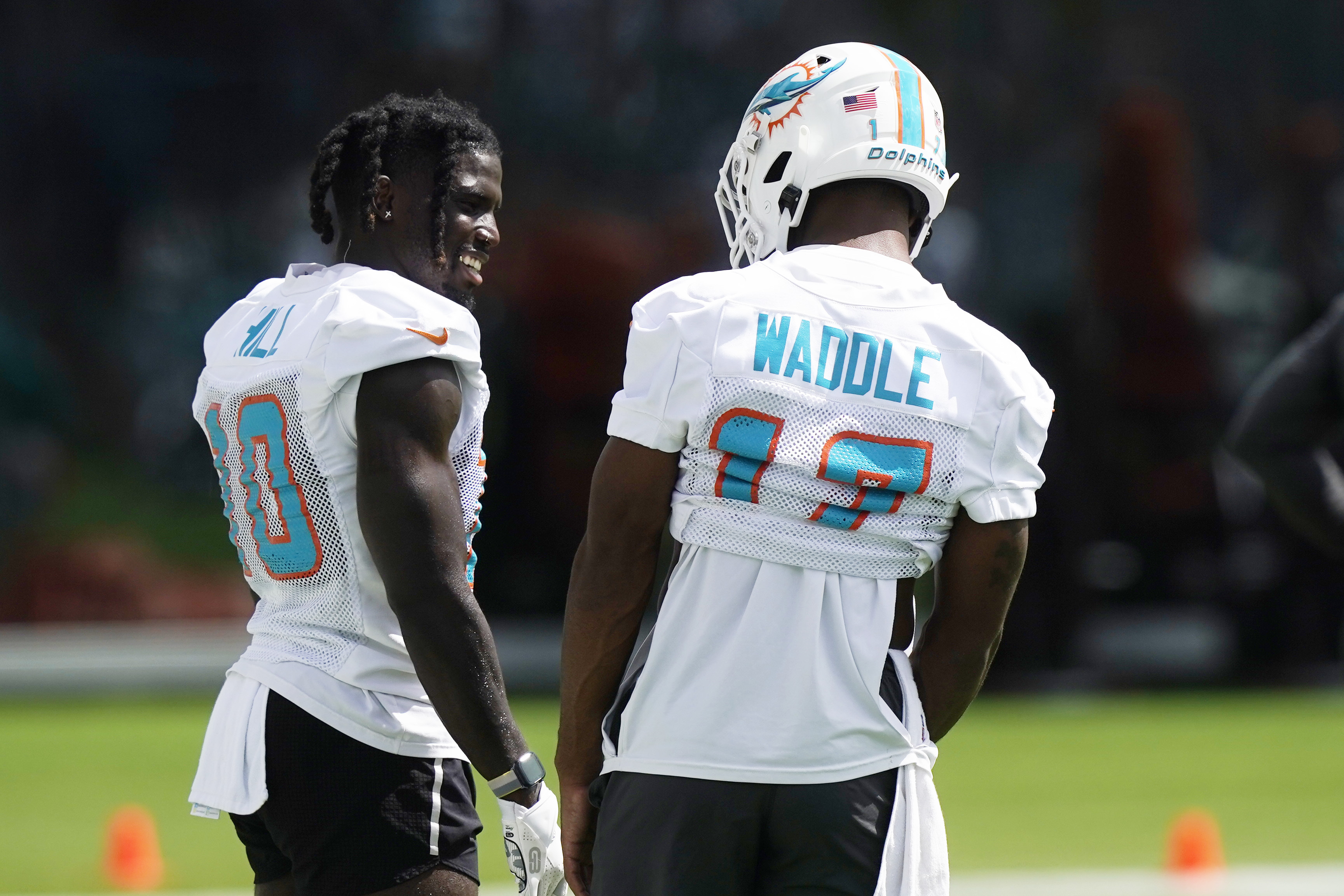 Much has been made about Hill and Waddle, the Dolphins prolific receiving duo and their ability to take the top off a defense. The stats are impressive for each, with Hill leading the league in receiving with 961 yards and Waddle not far behind with 727. But both players seem to pop off every other week and come back down to Earth. For example, Hill has gone over 150 receiving yards in every other game, including last week’s win against the Lions. In the weeks in between, he’s failed to eclipse 100 yards. Waddle is in a similar category, going over 100 yards receiving in back-to-back weeks just once this year. Part of that has to do with the various injuries at quarterback, but even when Tua Tagovailoa has been healthy, there have been gaps in their production.

Both players went off against the Lions and now come to Chicago potentially facing weather challenges. Wind gusts of over 35 mph could be swirling at Soldier Field, making the pass game much more difficult. The Bears secondary will be looking for a bounce-back game and while Hill and Waddle will still do some damage, it may not be as bad as one might think.